Game Universe’s is hiring a part-time sales associate able to work at any Game Universe location. The job starts as soon as possible, but candidates must be available to work at least January-July of 2015. Submit a resume to matt@game-universe.com

SALES candidates will reliable, have excellent customer service skills, good communication skills, have retail sales experience. The job is roughly 9 hours a day, typically from 11 am – 8 pm, but may go later on days when we hold events. New hires will start at 1 day each week, which may be any day Monday – Sunday, with more days possible for qualified candidates. Candidates must live in the Milwaukee area, have reliable transportation, and be available for training on weekdays. Preference will be given to candidates with outstanding board game knowledge and excellent people skills.

Email a resume to our Regional Manager, Matthew Vercant, matt@game-universe.com. Please include a list of games which you have played and could teach to others.раскрутка сайта в интернете

MilCog and Game Universe are proud to host the Rummikub National Championship qualifier series for Milwaukee!

Entry is $5, or free if you buy a copy of Rummikub from Game Universe. The winner of the event receives 1 seat at the 2014 Rummikub National Championship at the Chicago Toy & Game Fair on November 22 at 2:30pm. • At the start of the game each player takes 14 tiles from the pool (2 face down stacks of 7 tiles).

• Players have a time limit of 1 minute per turn. If, during this time period a player has failed to make a successful play, all tiles remaining on the table (not as sets) must be returned to the player’s rack, in addition to 3 penalty tiles from the pool.

• A set on the table that includes a joker may not be manipulated while it contains the joker. It can be added to, but cannot be split apart, unless the joker is replaced

• The tournament will be played in three rounds of four games each. The player that wins the most  games is the winner of the round. In the event of more than one person with the same number of wins, the person with the most points will be deemed the winner. We’re doing 24 hours of gaming! For the kids!

Extra Life is a non-profit raising funds for Children’s Miracle Network, which includes our own Children’s Hospital of Wisconsin. Game Universe Franklin is proud to be staying open for 24 hours on Oct 4 and 5 to support the efforts of local gamers to raise money to support this great event. You can donate money online directly to support our local coordinators, or in store at the register, or by buying an Extra Life Marked sale item at our Franklin location. All profits from the sale table will go to benefit the Children’s Miracle Network.

We are looking for people to host games! Interested in running a game, but don’t want to stay 24 hours? No problems – just let us know what you’ll be running and when by emailing matt@game-universe.com. All tabletop games and gamers welcome!разместить объявлениекак подать рекламу в интернете

Extra Life is a non-profit raising funds for Children’s Miracle Network, and Game Universe in Franklin has volunteered to host the event.
This event will be broadcasting online for people to see. There will be a designated table to play at for the broadcast.
Because Game Universe is staying open for 24 hours, they ask that participants either donate $24 to Extra Life which may be done online (http://www.extra-life.org/participant/GameUniverse) or by donating at the store during the event. Alternatively, you may purchase a board game off the Extra Life table at the store. All profits from board games purchased from this table and all donations will benefit the Children’s Miracle Network.

If you have anything specific you’d like to play, let Darlene know the game, what time you plan on starting, how long the game will run and if you would like to have your game broadcasted online. You can email Darlene directly at dwilson431@gmail.com. Make the subject Extra Life.  She’ll create a schedule accordingly.

We have a number of exclusive and cool events

Cost: Buy a core copy of the game from Game Universe or $5

Shadowrun: Crossfire is a cooperative deck-building card game for two to four players set in the gritty, cyberpunk fantasy world of Shadowrun. Play a shadowrunner team and take on tough jobs such as protecting a client who’s marked for death, shooting your way out of downtown when a run goes sour, or facing down a dragon. In each game you’ll improve your deck with a mix of strategies, while earning Karma to give your character cyber upgrades, physical augmentations, magical initiations, weapons training and Edge.

Join us as we play some casual games and demo the new game. You can get involved just by buying the game, or by paying $5. Everyone who plays will be entered into a raffle to win a copy of Run & Gun for the Shadowrun RPG!

Sept 13, Noon
$2 per player (part of our GM support program) On Rebellion Day, you and your friends will assume the roles of heroic Rebel agents who must work together to rescue a pair of Rebel pilots who have crash-landed on the planet Trivar II.

Every Thursday at 6 pm, starting Sept 11

“Join the crew of the Supremacy, a vast museum ship run by eccentric Pau’an collector, Silas Grusan. As one of Supremacy’s “Curators”, join missions to obtain rare objects or lost and hidden secrets, while also dealing with, or avoiding, the elements of your past that threaten to ruin this nice new gig you have.”

Format: Swiss rounds, with demo beforehand at 11 am

Welcome to Gomorra. A bustling settlement in the Weird West. Rebuilding after a cataclysmic event, the citizens of the town struggle to remake their lives. But of course, powers always come into play. Various factions fight for control of the town, sometimes behind the scenes, sometimes right out in the streets. It’s not a common day that lead does not fly.

Soon it will be time for you to choose your allegiance. Will you join the noble Law Dogs, set to preserve law and justice in the town? Or will you find yourself falling in with The Sloane Gang, and taking what you want regardless of who it costs? Perhaps you have an eye for progress… and cash, well the Morgan Cattle Company is always looking to hire driven individuals. Lastly, maybe you have something to run away from, something in your past that simply won’t let go, there’s always the Fourth Ring and its circus you can run off to. They’re always taking in lost souls…аудит сайта ценавк раскрутка сайта

Pre-registration for Kahns of Tarkir is now open for all locations! The pre-release happens on Sept 20 and 21. The set will feature wedge-colored “clan” mechanics, and have 40 promo cards instead of the usual 5.

Join us for Modern Constructed at noon every Saturday at our Franklin and Menomonee Falls locations. Prizes will be booster packs at Menomonee Falls and a more competitive store-credit prize to the top 3 in Franklin.

Join us for EDH / Commander League every Saturday at Game Universe Brookfield. The cost us just $4, and prizes are given out weekly on a rolling 30 day basis.

Week 4: Get $10 of store credit to spend on anything in the store

The league is purely participation based – if you play one game, you get the reward for that week! Play against whomever you want, however much you want. This event runs all afternoon every Saturday in Brookfield. 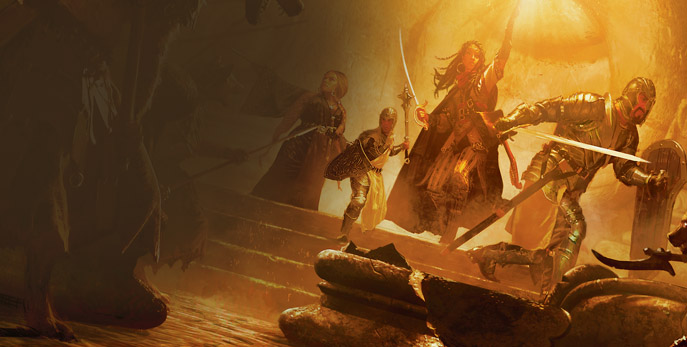 Join our experienced community Dungeon Masters as we launch the latest season of Dungeons and Dragons Encounters and Expeditions, part of the D&D Adventure League and using the new 5th Edition D&D Rules.